Who wants chicken and dumplings?

EQuinn, Looking good i love a big bowl full of chicken and dumplings👍

‘Twas yummy.
I speak from experience.

When do we eat, looks delicious

Three years and a simple hot meal was all you needed?

@EQuinn I just had two nights of that, good stuff too!

You’re killin’ me! I’d love a bowl! But I can’t. I’ve been in ketosis for 1 1/2 years and my Drs all tell me to keep doing what I’m doing. You have no idea how much I miss things like that. I can eat the chicken though.

My wife made a big pot of beef stew tonight, drive on up, got the feeling I’ll be seeing it for a while.

Thanks for the invite! I love beef stew. But I can’t eat carrots and potatoes. I make a great beef stew and haven’t had it for all that time. I was thinking tonight about coming out of ketosis for a month. I almost think I’d eat pizza every day.

A post was split to a new topic: Designated (re) intro

With 2 years under your belt?

How close are you to your target?

With 2 years under your belt?

How close are you to your target?

I’m not doing it for weight so much as for heart disease, but if I can shed another 20# I’m good with that. That might not make much sense since the media has everyone believing fat is the problem with HD. It’s not. My Drs are monitoring everything and my numbers are really good despite using fat for fuel. My past problem came from genetics, but also a liver that was producing too much cholesterol for my body even though they would have been good numbers for other folks. I’m taking care of what my liver produces and that leaves ingested cholesterol. There was one fraudulent fat “study” that “proved” fat in the diet was the problem. The media jumped on it to tell everyone what to do as they are known to do. Everyone believed them. Since then other studies have tried to replicate the results and no one has been able to in the intervening years. If the first study was valid I’d be the poster boy for high cholesterol, but I’m not. My previous number were 140ish/70ish (LDL/HDL). That was OK for many people but too high for me as it turned out. My latest numbers are both in the 70s. My PCP tells me that people would kill for those numbers. I eat sausage, butter, full fat cheese, etc’ since I no longer burn sugar for fuel but fat. If I backed off of the fat I’d start to lose weight again (I lost 40#) since the fuel must come from somewhere and it’ll come from my body if I don’t consume it. So far all of my Drs have all told me to keep doing what I’m doing.

But I gotta tell you, the sugar addiction is a hard one to break. After 1 1/2 years I still crave the things I can’t have, pizza, bread, potatoes, etc’. Everything I ate all my life I can’t eat.

One spin off of being in Keto… anyone using sugar as fuel must eat a number of times throughout the day since our bodies don’t really store sugar all that well. When the sugar runs out we feel hunger and have to eat. When burning fat if I eat, OK. If I don’t eat, that’s OK too. There is no need for scheduled feedings from a fuel standpoint. Some meals I eat and some I skip, no big deal.

When I had covid last Feb’ (a year ago) I didn’t eat for 4 days and thought nothing of it. My wife was all sorts of “Will you please eat something!??”, but I knew I didn’t need to so I didn’t.

What are your fat fuels?

I don’t take issue with fat, just had pot roast yesterday, used leftover prime rib from Christmas, the fat covered everything, loved it,

But how do you eat/survive on fat foods?

Anything containing fat is fuel for me. Bacon works. Marbled beef works, fatty fish works, eggs fried in butter or fat, salami, pepperoni, spam. One just has to go easy because calories still count and fat contains lots of calories. When I make my hot morning beverage I use half and half to make it quite light. If I have low carb cereal it’s half and half that it floats in. But if I eat the right foods I really don’t need to seek out additional fat.

If I want to lose weight I’ll just back off on the fat intake and my body will use what I have stored. I find that the more fat I eat for breakfast and lunch the less likely I am to eat supper. I just don’t need to eat then and my body just doesn’t press me to eat.

I steer clear of refined oils since they are low in omega 3 and high in omega 6. That’s exactly the reverse of what the body should have. Heart healthy? I don’t think so. But Mazola and Crisco won’t tell us that, they just tell us it’s “heart healthy” which is a lie. Extra virgin olive oil is good as long as it’s the real deal. We have no definition of EVOO so we’re used as a dumping ground for crap masquerading as EVOO. Butter from grass fed cows is good, so is the beef. Generally the farther away from natural something is the worse it is for me (or anyone else).

But the diet isn’t just meat and fat. It should also contain lots of greens. All plants are carbs, but they’re low if the right type is consumed. I allow myself up to 40 grams of carbs daily and I generally stay well under that. That includes a treat of some sort, nuts, chocolate, or low carb ice cream. 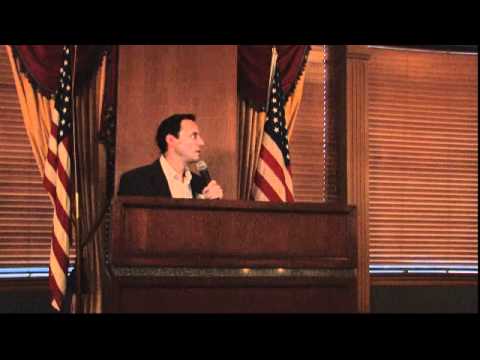 Doc, do you know how difficult it is to go against current thinking and chart your own course when your life is on the line as mine was at the time? I had emerged from a very mild heart attack and a triple bypass and like the Dr in the video heart disease research became a passion of mine. I found out just how fraudulent what we were being fed and the the guidelines were. It’s backed by huge big money, politics, greed, and it’s killing Americans. The folks involved should be charged with murder because that’s exactly what it is.

FWIW, my PCP Dr and my GI Dr, and also my VA Dr all know exactly what I’m doing and not one of them has given any indication that what I’m doing should be changed. The only word of negativity, and I didn’t really se it as that was my GI Dr who told me how hard it was to stay on. She tried it and, couldn’t do it and went onto Paleo.

I find that I can come up with alternatives for foods that I miss. Pizza dip, dipped with cauliflower is pretty decent. I have yet to find a good sub’ for yeasted bread, but for quick breads there’s Carb Quik. It takes some getting used to but it works. It’s a decent substitute for pancake mix. I ad flavorings to the mix and all that’s needed on them is butter. For sweeteners there are all sorts of low carbs choices available today. High carb gravy is easy and I love gravy. But again there are low/no carb thickeners that work fine. They DO NOT take the place of dark roux in flavor, but they work. But all of this takes time to learn. I was a pretty good cook before when I cooked with carbs and that base of knowledge worked for me when I switched to low carb.

I didn’t know that about carbs pushing lipids up. When sold me on keto was when I found out that the (fraudulent) fat study was clearly fraudulently done. The “Dr.” who did it was in a competition to publish with another Dr who had a competing theory that carbs were the culprit. Then when the media jumped on their little darlin’ I knew it was the wrong way to go. But I never suspected that the go’vermin’s food pyramid, the Heart Ass’, and many more were involved in killing people through their lousy advice. But it’s right there once one knows what and how to eat.

Sorry, I need to get back to the video. I’m not even 20 minutes in and I was going wild and had to spout off.

Roast chicken with the crispy skin… Chicken fat is quite similar molecularly to EVOO. So chicken fat is back on the menu. As with all animals, grass fed or a normal diet for the animal is best.

He mentioned diabetes. I was being told that I was pre-diabetic. I take enough drugs for my heart I didn’t want any more. Greatly reducing carbs forced my A1C to take a nosedive. I’m no longer pre-diabetic and my PCP removed it from being a concern on my medical record.

Gents, he hasn’t mentioned ketosis yet, but that’s what he’s talking about. Being in ketosis is how humanity ate many thousands of years ago when we were hunter gatherers. When fruits, grains and such were ripe that’s what we ate because they were easy to harvest and available. Don’t chew seeds fully and as they get excreted we did the job of spreading them for the plant. The plant didn’t care if it was killing us and we didn’t know. It tasted good and gave us energy.

Sorry, back to the video…

I did NOT know that about statins. I either need to get off the statin period or just move from atavorstatin

Speaking of chicken and dumplings, this is my wife’s offering.

Time to cut up some wood to work it off.