The one-two punch of the Wuhan Coronavirus explosion, and the civil unrest of early 2020, led to an unprecedented growth in firearms ownership in America. All told, there were about two million firearms sold in the month of March 2020 alone. Between March and July, an additional three million were sold, with about half of those happening in the month of June.

Ammunition sales have similarly spiked, with record sales occurring on this website. However, gun owners don’t need a report to know that there has been a massive surge in demand for ammunition. They need only go down to their local gun store and see that all of the most common rounds are in short supply, sold out or being rationed at the point of sale.

But it’s not just guns and ammo. There has also been a significant increase in the number of Americans obtaining their concealed carry weapons permit and packing on a daily basis. Forbes magazine estimates that 20 million Americans are now carrying as part of their everyday life.

The flipside of this is that Joe Biden’s 2020 campaign has been perhaps the most radically anti-Second Amendment campaign on record. Former Vice President Biden is very proud of his role in spiriting the 1994 gun ban into passage. If he’s elected, we will see an expansion of the power of the federal government and attacks on the rights of Americans that will not be restricted to the ownership of firearms. As president, Biden would resume the Obama-era attacks on the suburbs ended by President Trump, give citizenship (and voting rights) to nearly 30 million illegal aliens and use the Federal Reserve to address a “racial wealth gap.”

However, Biden’s desire to erode the Second Amendment deserves special attention. It is a radical agenda that will gut the right to bear arms in this country. Does that sound like bluster and hyperbole? It’s not.

Joe Biden’s Record: What He Says vs. What He’s Done

There are two ways to determine how a potential President Joe Biden would govern with regard to the Second Amendment: What he says and what he has done. As Joe Biden has been out of government since 2017, we will start with his history as a legislator and as Vice President of the United States.

Joe Biden has a very long record of being anti-Second Amendment. He voted for the 1986 Firearms Owners Protection Act, which was primarily a series of gimmes to gun grabbers in exchange for getting the ATF to leave law-abiding gun owners alone. If you’ve ever wanted to own an M-16, but can’t afford one because of the high price of the related tax stamp, you can thank Joe Biden for that.

Biden was also instrumental in the passage of the Brady Bill. This law, until the creation of the NICS background check system, provided for a five-day waiting period to purchase a firearm. He brags about his role in passing this bill into law on his campaign website, saying “In 1994, Biden – along with Senator Dianne Feinstein – secured the passage of 10-year bans on assault weapons and high-capacity magazines. As president, Joe Biden will defeat the NRA again.”

The law likewise targeted a number of specific firearms that were widely popular with American gun owners. This included the Colt AR-15, the INTRATEC TEC-9 (which were popular with the Roof Koreans who defended Koreatown during the LA riots of 1994) and the Action Arms Israeli Military Industries UZI and Galil.

Not only were most of these restrictions unconstitutional, they were also largely useless. Many gun companies continued manufacturing virtually identical versions of firearms that had been banned by the law, removing only minor cosmetic features to get themselves into compliance. Numerous studies found that there was virtually no impact on violent crime throughout the United States.

If we are being generous, this can be seen as a misguided attempt to curb urban violent crime. If we are being more cynical, it was little more than a power grab.

The law expired on September 13, 2004. There have been several attempts to reintroduce the law, all of which have been unsuccessful.

Finally, we should touch on the role of Joe Biden as a point man for selling the Waco siege to the American public. He stated that there was no “improper motive or intent on the part of law enforcement.” In the same statement, he singled out the ATF and the FBI for praise, stating that they had an “excellent overall record.” What’s more, he was a major proponent of the theory that the Branch Davidians at Waco committed suicide by lighting fire to their own home, a theory with slim evidence at best.

Biden’s statements about Waco are of particular importance when coupled with his aggressive anti-Second Amendment platform. This is a man who believes firmly that the ATF did nothing intentionally wrong at Waco. He has a great deal of trust in federal law enforcement that borders on naivete if we are being generous. It is not outlandish to think that he would use the full militarized might of the ATF against anyone who presented resistance against federal gun registration and confiscation.

For most of his political career, Joe Biden has operated as a sensible centrist within the Democratic Party. While one can argue that his positions are outside of conservatism, they have certainly not historically been outside the mainstream of American political thought. However, Joe Biden’s 2020 presidential campaign is a whole different animal.

Joe Biden is running for president on a highly radical platform. There are a number of reasons why the former personal envoy of the credit card industry, the man who made it impossible to discharge student loans in bankruptcy, has pivoted toward appealing to the woke crowd. The reasons are unimportant, however. We can definitively say, without speculation as to motive, that Joe Biden’s 2020 campaign is perhaps the most radical political campaign in modern American history. Nowhere is this more clear than on the subject of firearms.

The official website for Joe Biden’s 2020 campaign defines gun violence as a “public health epidemic.” This might sound like boilerplate, but in fact it is language designed to lay the groundwork for moving firearms restrictions under the purview of the FDA. This alphabet organization has broad leeway to ban, tax and regulate anything deemed a danger to public health.

He also cites a commonly used weasel statistic to advocate for such: that 40,000 Americans die from firearms-related injuries every year. This includes every firearms-related death – suicides, accidental discharges, shootouts between gangland figures where no innocent bystander is killed, self-defense actions. And while any death is certainly tragic, this is simply not what anyone means when they talk about “gun violence.”

All told, there were 14,542 gun homicides in 2017, less than half of the statistic that Biden cites in his platform. This doesn’t even crack the top 10 of causes of death in the United States, according to the CDC. More Americans died of septicemia in 2017 than gun homicides, yet there is no public health crusade against this.

I followed the link and read the entire article. Great write-up. Very thorough.

Off topic, but biden is literally saying now he will NOT stop fracking in spite of saying he would several times. 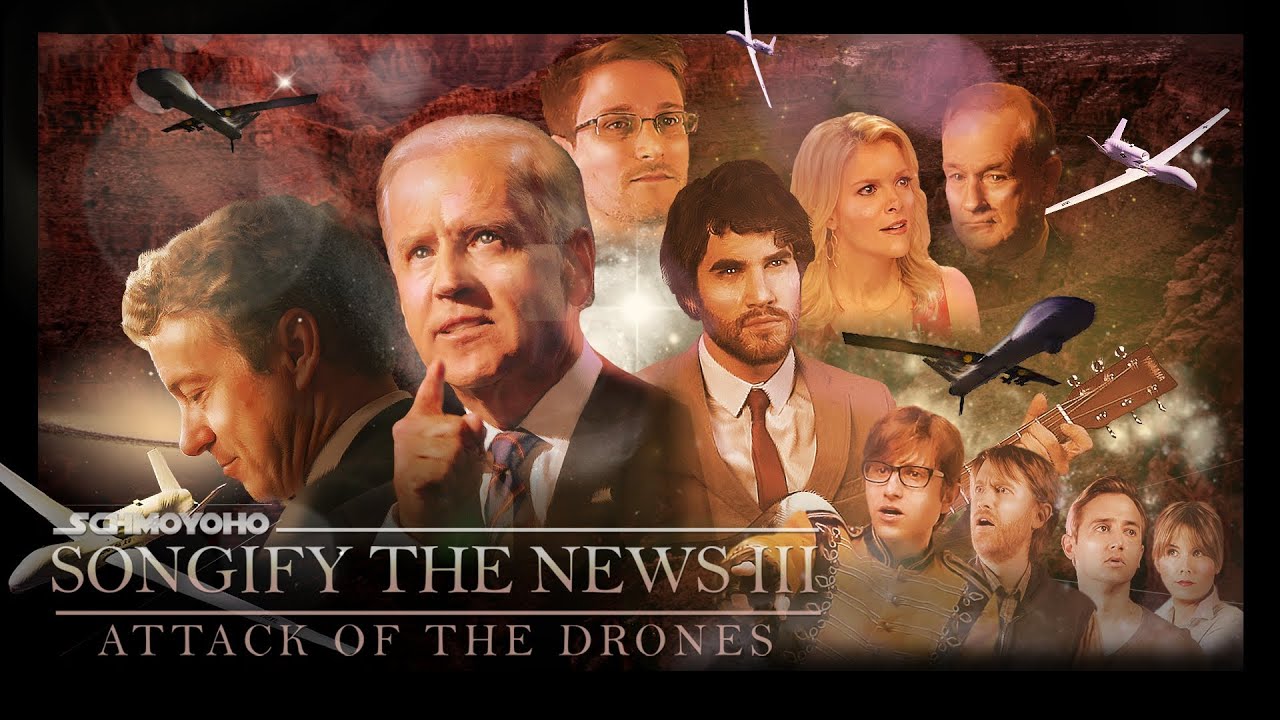 Rifles
• Flash suppressors or barrels threaded for them <— Every milsurp rifle every made.
• Pistol grips ← every AR made
• Folding and telepathic stocks ← every AR made
• Bayonet mounts ← every Milsurp made
• Grenade launchers ← who hell would get one, added weight alone is stupid.

Pistols
• An unloaded weight of over 50 ounces ← every AR Pistol made
• Threaded barrels designed to accommodate flash ← every AR made
• Barrel shrouds Never seen one on an AR before.

and Joe when you come for them, have a lot of body bags, your going to need them.

Thanks brother, our writer Sam’s one of the best. If he’d toed the line I bet he could have gotten into the New York Times.

Imagine invading the suburbs. I look around my little rural yet suburban neighborhood during my evening walk and I marvel at how many barrels must lie in wait. This one little pocket of the country could stand up to any army for God knows how long, and it’s just one of tens of thousands. It’s heartening.

Only thing we would worry about is collateral damage.
All those conservative bullets have to go somewhere.

Only that makes me made is a good mile off the main road, so all those closer are going to have all the fun, while Im watching form the roof top

I would love a 40mm Grenade launcher

Just how much would you give for one?

He’ll be done in 30 seconds, what you gonna do for the other minute and half?

Beat him half to Death…

why the F would you not want one

I carried an M79 overseas. It was a good blooper. Willie Peter was my friend. Saw a victor charlie’s boots and shins on a trail where a 40mm shotgun round made hamburger out of the rest.

The M203 sucks, weighs a ton, and is awkward to carry.

Pants on or off?

Hard to beat for liberal idiot control, I carried one here and there and the weight is not that bad.

Couldn’t you rig an AR15 firework launcher into something useful? Especially if you “roll your own” fireworks?