Asymmetrical Warfare and 4GW: A Fascinating Read About Us vs. Them

Unlike Europe, the United States has a homegrown militia movement that is heavily armed and, to varying degrees, ready for battle. When the AR-15 is talked about as a “weapon of war on our streets,” it is frequently mentioned in the same breath how an insurrection in the United States would never stand a chance against the modern weapons of war wielded by the federal government. This would be news to the Viet Cong. People who make such statements are unaware of the dynamics of 4GW.

Our own Sam Jacobs’ latest article is all about how daft the authoritarian insistance that free Americans could never stand up to an tyrannical regime really is. A couple rednecks with walkie talkies and a set of bolt cutters could do more harm to the government than the government could ever retailiate with. I hope you’ll give it a read – it’s heartening stuff if you’ve been dulled into believing all hope is lost.

DSA/dnc IS the greatest enemy of the USA in the world…next to the scotus!!!

It’d be superbly easy. There are only three electrical grids in the whole country: Eastern, Western, and of course Texas.

Very interesting and timely reading, no it would not take to many rednecks to raise hell look what the mamas boys from antifa have pulled off

Good read. Not much new though. Yeah, it would be fairly easy but that doesn’t mean w/o losses or hardship. Everything vulnerable is right out in the open. Too, the cities have this great big sucking sound the vacuums up what they need from the rural areas. It’s pretty easy to cut them off. (Cities are breeding areas for the left and go’vermin)

In that sort of warfare anything becomes a target and targets are everywhere.

I’ll mention the book Resistance to Tyranny by Martino yet again. For anyone wanting to know more this is a great study guide for your PhD in whatever area you wish to take part in.

I’ll also mention staying sharp with competitive shooting. Yeah, I know how amazing each one of us are with a firearm on a static target when not under pressure. But competition can introduce pressure so that we can see just how badly we suck. We compete not because we’re GODs gift to shooting but because we want to get better. Many can’t handle the truth about their shooting when under pressure. Can you?

I know nothing about IDPA, but USPSA has divisions for PCC, and handgun. In 3 gun matches bottleneck cartridges and shotguns are mandatory.

It is pretty good. For more “special interest reading” try John Mosbys blog and books. Obviously thats a pen name but Mosby is an ex SF guy that rambles on and on about all sorts of cool things.

One of the books mentioned in this week’s “From the Library” article is called “Warrior Pose,” written by Brad Willis. Mr. Willis was a correspondent for NBC for a number of years who suffered an i… 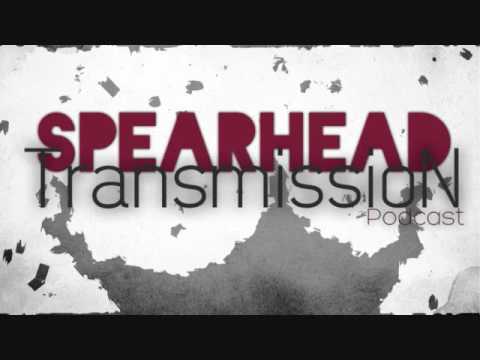 His second book is pretty interesting its more guerrilla focused

I really enjoyed this book.

I have a very questionable library

“Joseph M. Baileys memoir, Confederate Guerrilla, provides a unique perspective on the fighting that took place behind Union lines in Federal-occupied northwest Arkansas during and after the Civil War.”

The author is questionable at best but the book is interesting. Ignore the bits on suppressing revolvers or cops using suppressorss for raids on methadone labs(not methamphetamine labs).

Fry The Brain: The Art of Urban Sniping and its Role in Modern Guerrilla...

I have a hard time with some of the military Jargon but interesting bits in here for sure. Despite not being the biggest fan of thier culture or cause I admire thier willingness to fight.