A mask with a statement

Dudes,
I can not wear a n95 or paper mask. So I have been wearing an MSA dual filter mask, with a smoked shield and a plastic WWII German helmet. A low budget Darth Vader look.
It shocked a lot of folks, scared a doctor when he walked into the room to see me. Wrong doctor too.

The clothing worn by plague doctors was intended to protect them from airborne diseases. The costume, used in France and Italy in the 17th century, consisted of an ankle length overcoat and a bird-like beak mask, often filled with sweet or strong smelling substances (commonly lavender), along with gloves, boots, a wide-brimmed hat, and an outer over-clothing garment. The mask had glass openings in the eyes and a curved beak shaped like a bird's beak with straps that held the beak in front of the...

Over on Amazon and other places you can get a doctors plugue mask for $20. It is PPE.

Here is the one I should get in a few days.
one of many 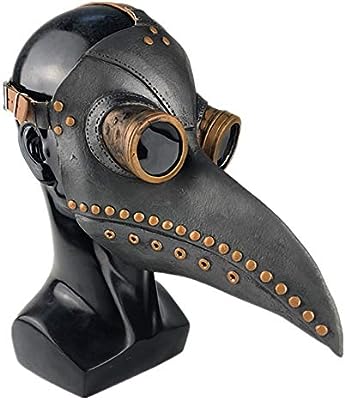 “Cry Havoc, and release the dogs of war” Willie Shakespear

and WTF (and Chairman Inslee, commie leader of washingrad)

I bought 5 of these that may stop a droplet or 2. The NC guberment said required now I guess which is lame. I guess I get the help others deal, but its still very fear based. gators 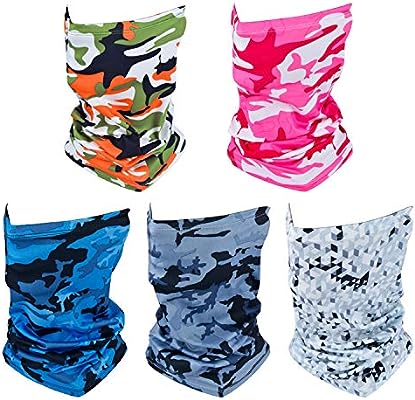 Great looking plague mask, when they stop honoring my Dr’s excuse saying I don’t have to wear a mask that will be my choice…much better than other options I have contemplated.

My way of life. When I came back from overseas, I promised my self, WE wont get fooled again.

The best part is, this thing works better than the damn paper or cloth masks.

I have told 3 stores that WE will never shop here again.
Then I tell those in the know not to use those stores.
We are getting a list from folks I know.

I bought 5 of these that may stop a droplet or 2. The NC guberment said required now I guess which is lame. I guess I get the help others deal, but its still very fear based. gators

I bought 2 similar buffs. I absolutely hate the Chinese crap n95s being sold today that hook on behind the ears. What a POS design! They have no seal and they are constantly falling down requiring one to keep pulling them back up. What’s one of the things we’re not supposed to do? That’s right, don’t touch the face but those masks demand it.

But the buffs stay up if one pulls the back of it up to where a properly worn gas mask or properly made mask would have a strap at the top back of the head. Then I put my wide brim hat on and no one can even tell who I am. But that’s only for where they’re required. The n95s being sold today do nothing and neither does the buff I wear. It’s just WuFlu theater to help keep the fear alive and foment chaos in the hope that socialism will be allowed to take hold.

I entered the hospital the other day clad from the neck up as I just described. I didn’t know it but someone also going to the gym there was near me and entered right behind me. When I removed my get up she was surprised to see it was me since all that can be seen are my eyes and glasses.

I don’t fear WuFlu. I had it and survived w/o help before anyone even knew what to call it (early/mid Feb’) and I have 2 high risks strikes against me. It’s simply not a problem for most folks with normal health. Having it was/is no fun, but it’s not a death sentence for most folks. If someone is at high risk the solution is really simple. Take control of your health and do what you must to stay safe. But don’t ask others to take part in stupid theatrical crap with health threatening props to demonstrate how much they care.

Q: OK, quiz question… where did the 6’ distancing come from?

A: a high school student postulated it for a science fair and made a computer model that “proved” that it works. It has no basis in studied science fact in the real world. It’s yet another part of WuFlu theater and nothing more.

Want to know about how to combat it? It’s “cell wall” is composed of fat. It can’t last for long on an absorbent surface and that’s why soap works to destroy it. It also can’t tolerate heat and it dies in seconds of exposure to UV rays. That’s why when I was having my bout with it the Southern US was remarkably free of it. The people there were outside in the warmth and UV rays from the sun. Then when the south went into A/C, that would be now, and out of the outdoor heat, they are also out of the UV from the sun and into temps that C-19 can live in, so their cases are now spiking. I expected this and I’m not even a Dr… So where are the supposed experts? Why didn’t they warn about it or educate folks? My answer is that they wanted it to happen. If I knew this and expected it they should have.

To their credit there are thousands of Drs speaking up but do you hear of their protests in the media? I have only run across them on the 'net. The MSM is fully in bed with hiding the truth yet again. True patriotic warriors of the truth! (that’s a crock!)

Q: OK, quiz question… where did the 6’ distancing come from?

Musta been a very old kid. The plague doctors carried (6 ft) (1.5 to 2 meter sticks according to Ohio State History Professor)(how ever long that is) sticks to check the afflicted with.

Another curious fact. In the DOD manual for basic training.
It states all drill sgts will stand new personnel 6 ft part.
So that every drill sgt can see all the way around every body.
Substitute the word in the line above: remove Sgt and add camera.
FTW

Avatar change until lock down is over.
It is really small, made of rubber and expands and contracts with your breathing.
Fine Chinese Junk (no not where I hide my guns)
(junk is a boat for the clueless.)

Alert!
That mask in not an adult size. Its a kid size.
Mrs McGraw is wearing to school (if they ever open)

On ebay they sell fake leather ones and they have size charts on them. Who Knew

I ordered the gray one with metal beak. Pics next Friday

yeah I do like them, but a bit warmer in the NC heat. We actually found a pack of painter masks that go behind the head with the strap we had from a while back, I will use some of those or the buffs depending

As long as you only exhale, you bandana should work as good as Fochi’s. and now he wants you trained monkees to wear goggles too. Im way ahead of the curve.

As long as you only exhale